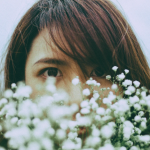 A PLAN FOR YOUR NEXT JAPANESE GHOST VACATION

Are you planning to visit Japan anytime soon? Ever thought about doing a trip with your buddies and ONLY visit haunted houses, scary amusement parks, and even escape rooms with ju-on like evil spirits?

Well this is your chance, let us give you a guide to the top haunting attractions you’ll find in Japan.

The attraction, part of Toei Kyoto Studio Park (KYOTO), reopened after a 14-year run following a major renovation that cost ¥150 million. Visitors to the haunted house are spooked by a group of zombies-like that have returned to life through a spell cast by fugitive and vengeful samurai warriors.
Find out how to get there.

The Daiba Haunted School is a walk-through horror attraction in the Decks Tokyo Beach building. The theme is based on an urban legend of a student who committed suicide in school, and your mission is to go into the dingy structure with a torch light in your hand and ultimately dedicate a doll to the dead student in the classroom, think you are up for the challenge? That’s not all, there is a soundtrack mimicking a horror flick, with abrupt sounds of movements, random voices and a child’s creepy laughter, all designed to send shivers down your spine.
Find out how to get there.

Onryou Zashiki is a haunted house created by renowned horror producer Mr. Gomi Hirofumi, and is available at Tokyo Dome City Attractions. With “Onryo” meaning “revengeful spirit”, and “Zashiki” referring to a type of Japanese spirit that resides in Japanese homes, this new title overflows with Japanese horror culture.

Aside from classic Japanese ghosts, from where else do you draw inspiration?

“I take inspiration from everyday scenarios in daily life—for instance, by observing people on the train. I also look into folklore, including regional lore. There’s this obscure tradition called gokuraku-nawa (“rope of paradise”), which involves tying a corpse to prevent it from coming back to life.” said Mr.Gomi Hirofumi
Find out how to get there.

ROOM OF THE LIVING DOLL

Joypolis is a indoor amusement park filled with many small rides, a 3D cinema, and a whole section devoted to Sonic the Hedgehog-themed carnival games. It also plays host to two small scare attractions, commonly known as obake yashiki (お化け屋敷) or “ghost house” in Japan.  “Room of Living Dolls” lies on the top floor of the park, A small shrine-like alcove with a delicate-looking china doll gives us a hint of the inside. The entire place is based around the myth that the souls of children are transplanted into dolls. You’ll be journeying through their dark temple and what comes next, it’s really anyone’s guess.
Find out how to get there.

Located in Asakusa, Real Escape Game in the largest escape room concept of its kind in Japan, and owns the most content and escape outlets country-wide. So if you think you are up for a scary and challenging experience with your friends, these escape rooms are the place to be at.
Find out how to get there.

Calling all brave haunted house fans, Silent Rooms — the first attraction of its kind in Canal City Hakata, Fukuoka. It is a new haunted house experience that combines elements of both a horror flick and an escape game. Solve innovative challenges and complete missions under a ticking clock. Oh, and try to get out with your wits intact.
Find out how to get there.

Located at the Fuji-Q Highland, some people say it’s the longest & most terrible horror house ever!  The world’s largest Horror Attraction that has evolved several times and has given terror to more than 4 million people. You start of in an isolated ward where former patients were treated and tortured in. Experience the journey through the eyes of a ghost and feel or basically relive the horrors that happened there. Yes you will be wandering through an abandoned hospital, i bet you like that don’t you.

Visitors are not permitted to enter alone, and while they may walk freely and choose their own route through the hospital, each room contains an emergency exit should the sights and sounds prove too terrifying. Find out how to get there.